Welcome to the information site of the 23rd International Conference on Information Fusion. The conference has been shifted to a fully virtual conference.

On 2 April 2020 the ISIF Board of Directors’ decided to move ahead with the Fusion 2020 conference independently of the format, with the publication of conference proceedings, and having its papers published in IEEE Xplore.

Today, with the results of several separate discussions on the various options and witnessing the strong participation of our community, ISIF and the Fusion 2020 organising committee jointly opted to convey the conference in virtual format only, while keeping the technical program intact.

I would like to thank you all for the strong support in these difficult times. We are fortunate to have such a vibrant community and be able to move on with our activities while facing high levels of uncertainty. This message is intended to reduce those levels.

Less than two weeks ago I announced the ISIF Board of Directors’ decision of moving ahead with the Fusion 2020 conference independently of the format, with publication of conference proceedings, and having its papers published in IEEE Xplore. Today, with the results of a number of separate discussions on the various options and witnessing the strong participation of our community, ISIF and the Fusion 2020 organization jointly opted for conveying the conference in virtual format only, while keeping all of its technical program intact. As such, the on-site component of the Fusion 2020 conference at Sun City is cancelled. All reasonable steps should be taken to cancel any travel and accommodation arrangements that have already been made.

20 March 2020 – Further paper submission extension: Owing to time lost due to COVID-19 disruptions, the committee and the ISIF board have decided to extend the paper submission deadline to 2 April 2020, 12:00 UTC. The notification of acceptance will accordingly move to 7 May 2020.

18 March 2020 – Announcement – COVID update: We would like to continue encouraging authors to submit papers. We are working on contingency plans for remote presentations, or a combination of on-site and remote presentations. Should neither of these options be possible, we will take all steps to have accepted papers published via IEEEXplore.

13 March 2020 – Announcement – COVID-19 considerations: In some countries, institutions and authorities are implementing measures that tend to create uncertainty around the arrangements for Fusion 2020. The Fusion 2020 conference committee is closely monitoring the situation on the COVID-19 outbreak through official global and local channels. Given the fluidity of the situation, the conference committee is planning for a number of contingencies, should the need for them arise. We will continue to update the Fusion 2020 website on the enactment of these plans, as the COVID-19 situation becomes more certain over the next two months. We remain optimistic about the continuation of the conference and continue to plan as such. We extended the submission deadline and look forward to your submissions over the next two weeks.

3 March 2020 – The deadline for special sessions and panel discussions has been extended to 5 March. This is the final hard deadline for SS submissions.

25 Feb 2020 – The deadline for special sessions, panel discussions and tutorials has been extended to 28 February.

13 Feb 2020 – We as the organisers are attempting to index the conference on Scopus. We will keep you updated on the progress of this initiative. 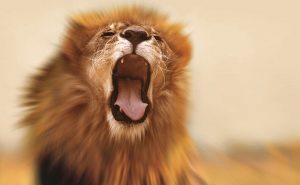 The recent Fusion 2020 move to virtual format marked a bold move for the Society, one that we could only have made because of your strong and steady support. Indeed, the vibrancy and level of commitment of our community made all the difference. Yet, another aspect that helped easing the concerns of the ISIF Board of Directors in their decision was the competence, attention to details, and clear passion with which the South Africa team has been conducting the Fusion 2020 organization since the very beginning of their charter. I am happy to report that the preparations for our first conference in online format are moving fast and smoothly. Despite the novelty and the various logistical complexities involved, the ISIF BoD has no doubts that this will be a wonderful event. We are all looking forward to it.

In addition to deciding on the new format, the ISIF BoD was faced with the critical task of reassessing our planning for the upcoming events. This involved analyzing the prospects for future travel, the contracts already signed, the commitments already made, the coordination already established with the South African authorities and the Sun City resort, as well as all the amazing effort by the ISIF South African team. More importantly, the BoD had to focus on our members’ best interests in deciding among the various options for the mid- and long-term. After an intense but enlightening debate, we have settled on the following events:

Each of the above Fusion conferences already have an organizing team working to ensure the high level of organization and technical soundness that our members became used to expect. Moreover, the conference chairs of each event listed above actively participated in the discussion and helped the ISIF BoD to decide on the above dates.

In the past, ISIF had the policy of holding the announcement of the upcoming Fusion conferences until the year before the event, usually announcing it at the previous year’s conference. The idea was to make sure the event was already advanced enough in its organization before asking our members to make their travel arrangements. Yet, new times bring new challenges. Fusion is now a well established conference with an organization cycle starting more than 3 years before its scheduled date, with well defined procedures to follow. Given this new reality and the need for our members to also plan their schedule in advance, from now on we will be announcing future Fusion conference venues as soon as the ISIF BoD’s decision on each ISIF call for Fusion proposals is made.

Thank you very much for your continued and enthusiastic support!